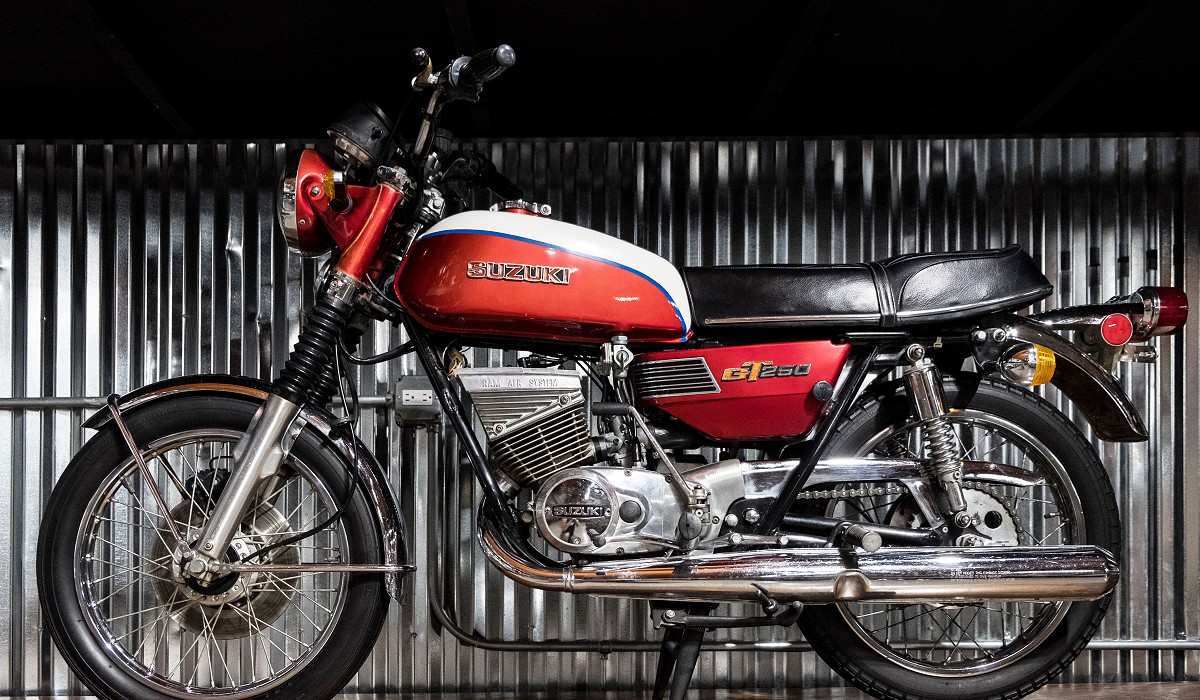 Originally released in Japan 1970, the Suzuki GT250 didn’t make its way to America until 1973, but was dropped from the American market only a few years later in favor of in favor of the company’s growing line of 4-stroke twins and triples. A unique part of this GT250 is the kickstart on the left side.